A Non-Profit Organization Dedicated to the Performance, Promotion and Preservation of Traditional Jazz

Clint Baker's New Orleans Jazz Band did a fantastic job of presenting traditional jazz to a Sunday audience that was largely unfamiliar with the style.

The response, as you will see in this short video was overwhelmingly enthusiastic!

In addition to Clint's band, two bands played traditional jazz on the street on Saturday afternoon as part of the festival's "buskers."

The South Bay Traditional Jazz Band (made up of some of our regular Jammers) played the 12 noon to 3:00 p.m. set: 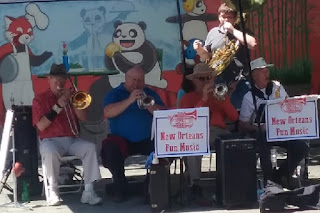 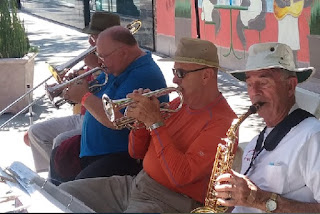 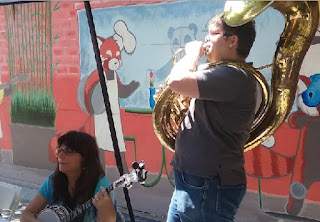 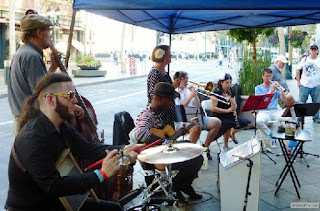 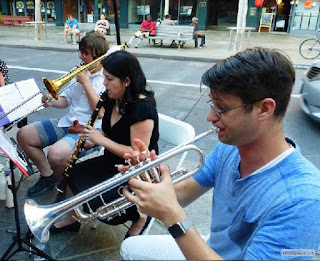